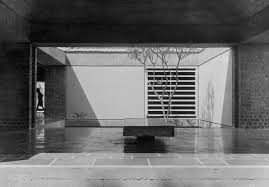 Architects in India are institution in themselves who have created a space of their own without bending on what they believe in. Here we will discuss some of the top 10 architects that best portray their respective distinguished styles keeping in mind all physical aspects.

Key projects- The Indian coffee house and The Hamlet in Thiruvananthapuram.

Key projects- Houses of Goa museum in Panjim and Nrityagram in Bangalore.

Art and Architecture are usually reflection of a society at a particular time and these legends have created masterpieces, which are timeless and can fit in any generation. As an architects firm, we believe we should live by these examples and try carrying the baton with responsibility and not let down the legacy left by our masters.

At Green Hat Studio, we believe that designing a space for you means considering multiple aspects like space, construction integrity, the economy of means, aesthetics etc. We are continuously exploring to enhance your experience by increasing the quality of your space.